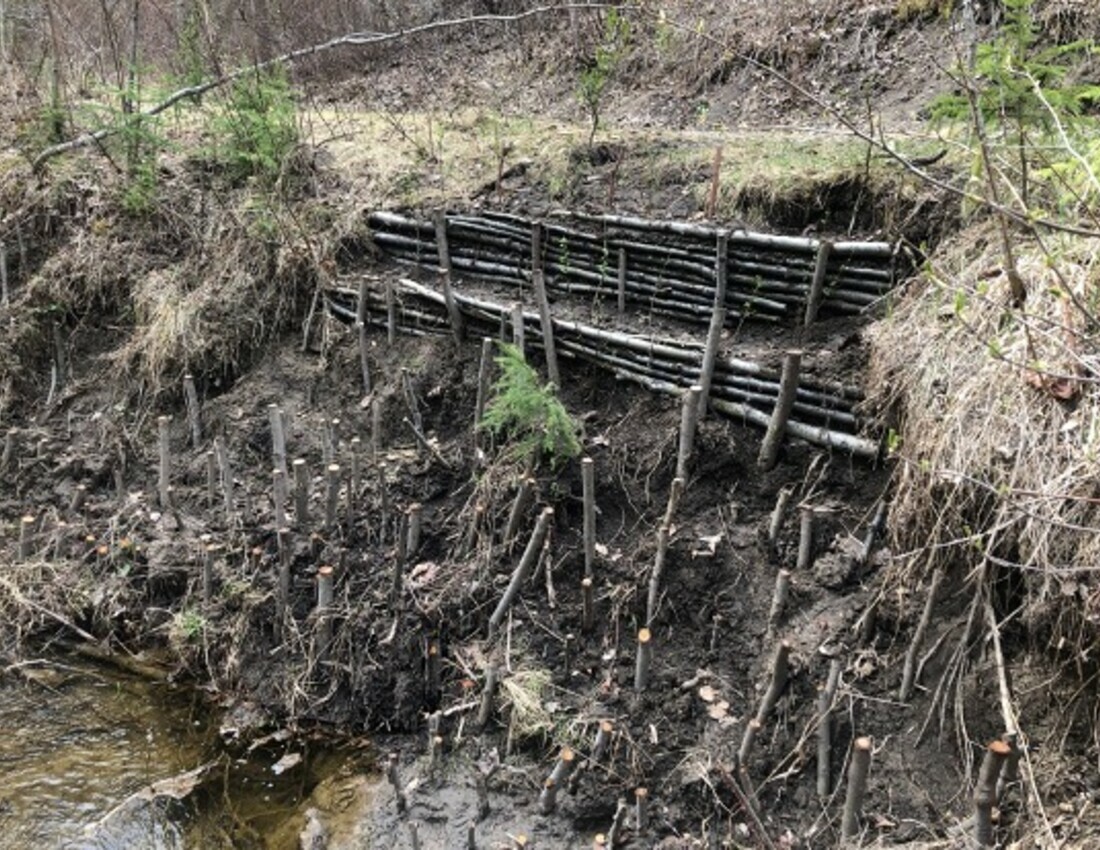 Along Devon’s river valley banks, recreational trails were threatened by bank erosion from changing hydrologic conditions along the North Saskatchewan River and Battery Creek. A local resident, who is also a soil bioengineer, recognized this threat and decided to take action. The issue was brought to the Town’s attention and the Town of Devon eventually teamed up with Associated Environmental to apply for funding through Alberta Environment and Parks’ Watershed Resiliency and Restoration (WRRP) Grant Program. The grant was successful and a soil bioengineering initiative was implemented to reestablish watershed health by addressing drainage and erosion issues through slope stabilization in the river valley running adjacent to Devon. This example of NBS was much more cost-effective than a grey engineered solution and it provides many additional community, educational, and ecological benefits to the municipality.

Erosion control and bank stabilization for the purposes of safety and maintaining recreational infrastructure and watershed integrity were the primary goals of this initiative. Additional benefits to the community included volunteer and community engagement, as well as educational opportunities and habitat creation.

A local consultant brought the issue of erosion along the North Saskatchewan River to the attention of the Town government and subsequently worked in collaboration with the Town of Devon Parks Department. Project planning was collaborative between municipal government, a soil bioengineering professional and a local stewardship group – the Devon Nature Club. Funding was secured through Government of Alberta’s Watershed Resiliency and Restoration Program (WRRP) to support the initiative.

Planning took approximately four months from the initial idea and presentation to the municipality (which also included a walk through the trail system) until the first workshop. Due to the seasonal nature of soil bioengineering, workshops must be done during spring and fall when plants are dormant and the ground is still pliable.

Provincial regulations and municipal bylaws did not present barriers to this work. Permit requirements exist under the Water Act, the Public Lands Act, and the Fisheries Act whenever work is done below the high water mark of a water body (in this case, the North Saskatchewan River). Regulators are generally amenable to NBS projects as regulatory approvals required for site restoration work are typically reduced compared to hard engineering. Alberta Environment and Parks does not consider soil bioengineering as needing approval through the Water Act. Similarly, the federal Department of Fisheries and Oceans does not require permits under the Fisheries Act for this type of work. A temporary field authorization was obtained under the Public Lands Act.

Nearly two years later, five workshops and many hours of bank stabilization have been completed. During these hands-on workshops, both Town of Devon employees and community members from local stewardship groups and other volunteers have been trained in the process of soil bioengineering. As a result, the municipality has built internal capacity and leveraged volunteer labour to reduce the cost of this implementation of NBS. The Town now budgets for soil bioengineering on an ongoing basis in order to address streambank erosion in their river valley. Planning continues as the project grows accordingly with grant applications and funding availability.

This case study demonstrates risk reduction, local stewardship and green education business models associated with NBS. Because of the multiple business models at play in this particular case, there are also multiple aspects to the value proposition: a safer and more stable river bank, protected recreational infrastructure, cleaner water and air, capacity-building among Town of Devon employees and citizen volunteers/local stewardship groups, and an increase in biodiversity. The municipality and its residents along with the broader ecosystem benefit from this NBS.

In terms of value delivery, the resources, network and strategy that were needed to set this project in motion included provincial funding from the WRRP, collaboration between the Town of Devon and Associated Environmental and the labour to install the bioreinforcements on the river bank, including volunteer contributions from local stewardship groups and contracted companies. The network that was created through volunteer and workshop opportunities connected community members with the municipality and Associated Environmental, enabling the sharing of knowledge to aid in the overall sustainability of the project. By bringing soil bioengineering professionals in to build capacity within the Town of Devon through expert presentations, workshops and learning lunches, the municipality has set itself up to be able to take on similar NBS initiatives in the future.

Through the use of soil bioengineering, the Town of Devon was able to save a lot of money to solve the issue of bank erosion when compared to the use of a conventional “grey” engineering solution – this type of solution is on the order of 30 times more cost effective. The value of internal capacity-building within the municipality will be capitalized on now that the Town has an ongoing budget for soil bioengineering projects and can tackle them on their own. Additional value capture through monitoring will be done to assess the variety of benefits to the community and the watershed. At the moment, the Devon Nature Club is taking care of monitoring and maintenance of the project site on a volunteer basis.

Through the use of soil bioengineering, woody native vegetation will be established along the banks of the North Saskatchewan River and Battery Creek in Devon, while avoiding the use of heavy equipment. The root systems of these plants will increase the shear strength of soils on the bank. As willow stakes planted at the project site grow, they will provide additional habitat for wildlife, absorb water to reduce flooding from surface runoff, reduce the amount of sediments being deposited into the river and stabilize the soil, allowing for other species to establish, increasing local biodiversity. Additionally, the vegetation will contribute to carbon sequestration as it grows.

This initiative contributes to community liveability in Devon in several ways. As the project site is restored with woody vegetation and the bank is stabilized, safe access to recreation infrastructure and increased recreational opportunities will be available to citizens. There are physical and mental health benefits associated with the increase in vegetation in urban spaces as well as an eventual improvement in property values adjacent to the restored areas.

This example of NBS in practice goes so much further by engaging the community, allowing for local stewardship groups to have significant involvement, engagement and agency in the initiative. Hands-on bioengineering workshops provide community-building, educational, and social opportunities to residents, and interpretive signs developed for the project site extend educational opportunities to the broader community. There is a sense of community pride and stewardship beyond this project, as stewardship groups have now mobilized on the project site to pull weeds, plant native vegetation and lobby local government to stop spraying in certain locations. 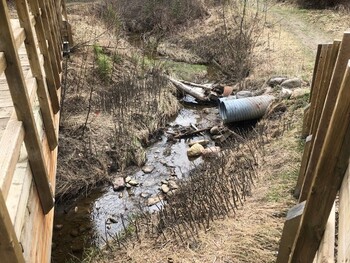 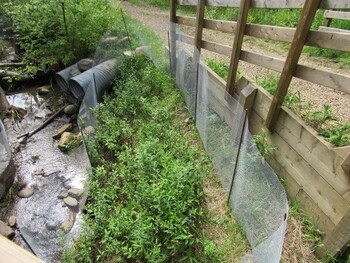 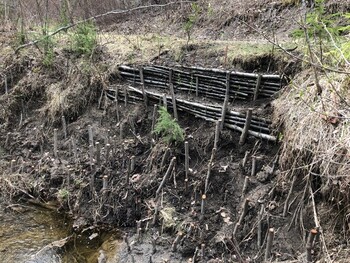 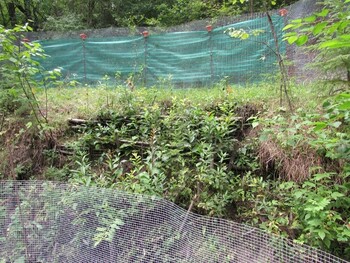