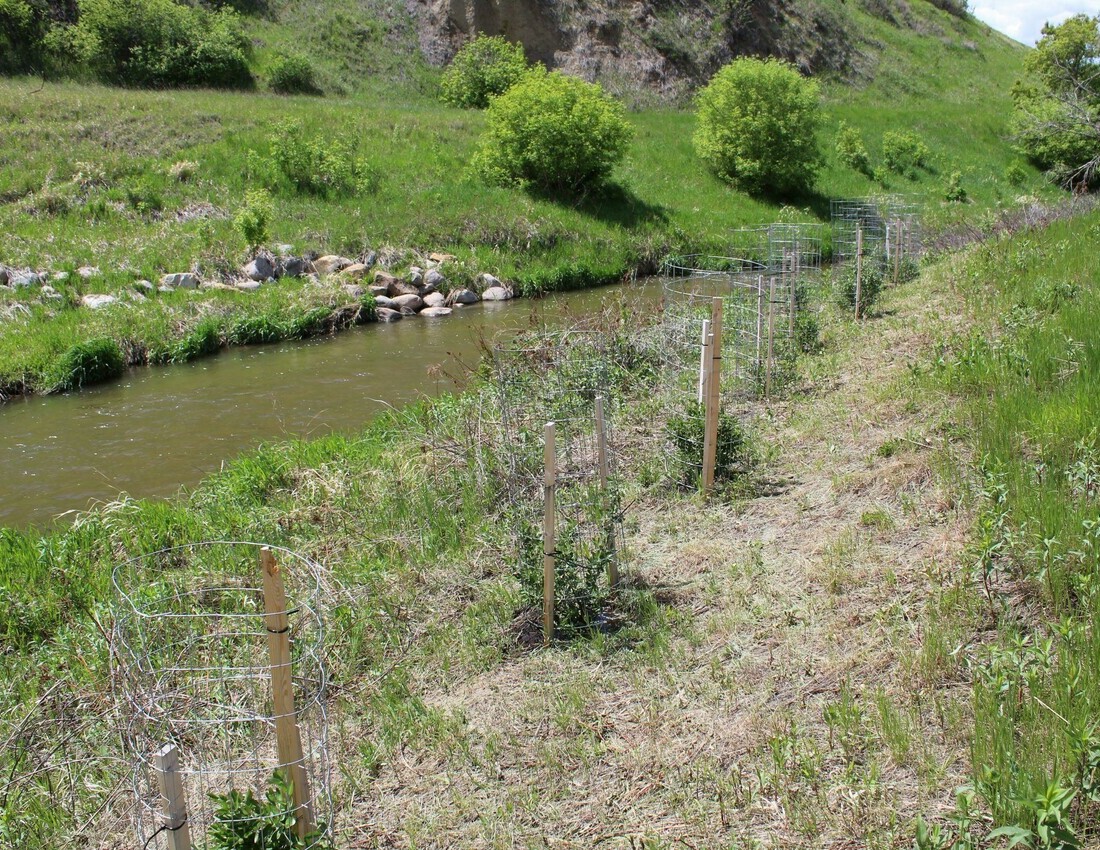 The City of Medicine Hat has been working with the South East Alberta Watershed Alliance (SEAWA) since 2018 to restore three riparian sites in the Seven Persons Creek sub-watershed: Saratoga Park, Connaught Pond and Saamis Archaeological Site. These riparian restorations are an excellent example of nature-based solutions in action that bring many economic, environmental and social benefits to the community. This initiative is focused on planting native species, weeding invasive plants and fencing off sensitive areas to restore critical riparian areas, as well as public education on the importance of riparian zones.

The main goals of this NBS are to improve watershed health and water quality by reestablishing native species of plants. Subsequently, planting initiatives will reduce erosion, mitigate the impacts of flooding and drought, and increase native biodiversity in the three restoration sites.

The issue of degraded riparian health in these three important areas in the sub-watershed was brought forward to the City of Medicine Hat by SEAWA, which wanted to take on the work with support from the City.

SEAWA was seeking a partner for this work and the City of Medicine Hat agreed that it was the “right thing to do”[1] to restore these degraded riparian areas. The partnership is mutually beneficial as the City did not have the resources to complete this project without SEAWA’s contributions.

Currently, riparian restoration in the three sites is a collaborative effort between SEAWA and the City of Medicine Hat, with primary funding from Alberta Environment and Parks’ Watershed Resiliency and Restoration Program (WRRP + link). SEAWA provides the expertise and on-the-ground labour, while the City works with the stewardship group on mapping, zoning, planning of initiatives, reporting, providing permits as required and contributing additional funding for the work being done at the three sites. Policy and legislative considerations guiding the riparian restoration work in Medicine Hat include SEAWA’s South Saskatchewan Regional Plan, Government of Alberta’s Water for Life Strategy and Weed Control Act, and Medicine Hat’s Parks Bylaw and Tree Preservation Bylaw.

Connaught Pond: The restoration plan in progress is to remove new Russian Olive trees and plant native species to encourage a regeneration of native plant communities in the riparian area around the pond. This site’s work involves public education on the value of native species versus invasive species.

Saamis Archeological Site: Fencing is being used to allow the area to regenerate naturally and the City has agreed to move the off-leash area to a new location to protect this riparian area.

As a nature-based solution, the practice of riparian restoration makes use of three business models associated with NBS: local stewardship, green heritage and risk reduction. These projects are funded primarily by WRRP, with additional contributions from the City of Medicine Hat. Expertise and on-the-ground work is provided by SEAWA.

Riparian restoration provides value to the municipality by enhancing the ecological health of the sites and renewing the ecosystem services they provide, which include flood and drought attenuation, improvements to water quality, and recreational and health benefits to citizens.

Riparian areas are rich in biodiversity. The plants that grow in this buffer area between land and water bodies (e.g., lakes, rivers, creeks) provide habitat, food and shelter to a wide variety of terrestrial and aquatic animal species. These critically important zones also act as filters for sediments and contaminants, thereby improving water quality. They also act to slow and regulate the flow of water and so are crucial in mitigating the impacts of flooding and drought. Woody vegetation growing in riparian areas also helps to sequester carbon dioxide from the atmosphere and prevent erosion. By removing invasive species and planting native species, SEAWA is restoring native biodiversity to the watershed.

Healthy riparian zones provide a wealth of benefits to communities, from reducing the impacts of flooding and drought and improving water quality to providing recreational opportunities including wildlife viewing and birdwatching. This riparian restoration initiative will eventually include interpretive signage to showcase the ecological and cultural heritage of the sites.

As this implementation of NBS increases the prevalence of native species in the Seven Persons Creek sub-watershed, citizens may experience benefits to their physical and mental wellbeing as a result of having increased access to natural spaces within Medicine Hat. 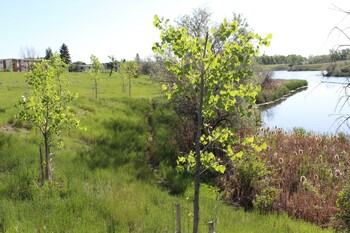 A row of young cottonwood trees at Connaught Pond. 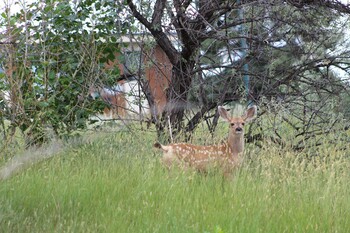 Juvenile mule deer making us of the habitat at Connaught Pond. 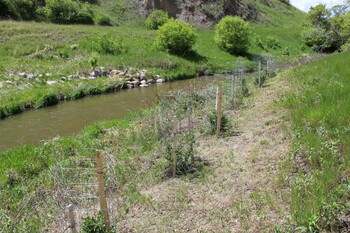 A row of young buffalo berry at Saratoga Park. 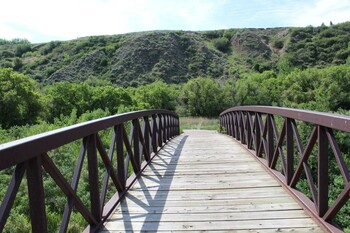